Hugely popular with cricket fans worldwide, the eighth edition of the much-awaited T20 World Cup is finally upon us, scheduled from October 16 – November 13. This T20 World Cup betting guide will give you a preview of the upcoming extravaganza, some of the best cricket betting sites for the tournament, its detailed schedule, competitive T20 World Cup betting odds, and in-depth betting tips.

One of the world’s top cricket tournaments, the 2022 T20 World Cup promises to be an action-packed event. With a multitude of bookmakers gearing up to offer competitive cricket betting odds on the tournament, you’ll certainly be spoilt for choice.

The biennial showpiece event was initially supposed to be held in 2020 in Australia, but it was postponed to 2021 due to the Covid-19 pandemic, with the venue being shifted to India.

The T20 World Cup in 2022 will follow the same format as 2021. Eight teams have earned a direct qualification to the Super 12 stage, whereas the other eight will have to first play the qualifiers, and from then on, the top four sides will progress to the Super 12.

We have explored some of the top cricket betting apps and sites and used them to source early T20 World Cup betting odds (outrights). Take a look at them below:

*Odds correct at the time of writing

Bet on the T20 World Cup

We will be updating the T20 World Cup betting odds for individual matches here as they continue to be released by bookmakers. So, keep following this space, and in the meantime, check out the most commonly accepted betting payment methods by bookmakers.

In India, the Star Sports network has acquired broadcasting rights for the 2022 T20 World Cup. You can also follow all the live action on Disney+Hotstar, who have acquired the rights to livestream the matches.

This is where you can catch live action from the 2022 T20 World Cup in your country:

Taken your pick of the best cricket betting sites listed above? We have compiled the below T20 World Cup betting tips in keeping with the current form of individual players and the teams:

While as many as 16 teams are in contention for the coveted trophy, we have covered only the top 10, which have a realistic chance of being crowned the champions. 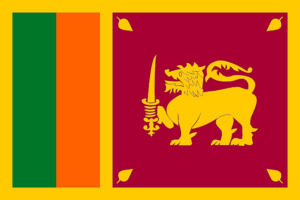 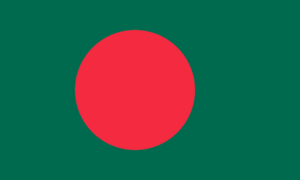 You can check out the detailed schedule of the upcoming T20 World Cup on the official ICC website. Meanwhile, Cricbuzz has all the info you need on the team squads for the T20 World Cup 2022.

The structure will be as follows:

The 2022 T20 World Cup is set to be a rollercoaster ride. But what’s in store for us? Sit back and glance through these essential statistics given below so you can make an informed choice when betting on any match.

Note: All stats pertain to active players only as of September 26, 2022

The 2021 T20 World Cup was hosted by India and played in the UAE. Australia went on to deny all naysayers to clinch their maiden title by defeating New Zealand in the final by eight wickets.

With the top teams in the world locking horns in this prestigious tournament, the 2022 ICC T20 World Cup will be an excellent opportunity for cricket betting enthusiasts worldwide. Bookmakers are certain to spoil you with diverse markets and competitive T20 World Cup betting odds. In the meantime, be sure to keep following this space for more updates!