The 2022 ICC T20 World Cup, one of the world’s top cricket tournaments, is finally here. Hosts and defending champions Australia will take on New Zealand in the opening Super 12 match of the tournament. The hosts will look to defend their title, but their trans-Tasman rivals will hope to give them a run for their money despite not being in the best of form of late.

In this preview, we will take you through the best cricket betting sites for the Super 12 match, the latest New Zealand vs Australia betting odds, top betting tips, match predictions, and more.

Got a free bet but not sure what to place it on? Nothing to worry, as our team has identified the top three New Zealand vs Australia betting markets for the opening Super 12 match.

We are backing Australia to comfortably defeat New Zealand in the opening Super 12 match.

• Currently ranked 5th in the ICC T20I rankings, the New Zealand team has been on a downward curve since the last T20 World Cup.
• They are coming into the World Cup after a poor outing in the recently concluded tri-series against Pakistan and Bangladesh.
• Their biggest concern is the lack of form of their captain Kane Williamson. In fact, the team's batting woes were exposed in the recently held warm-up match vs South Africa, where they were bundled out for a paltry 98.
• The Kiwi bowlers, of late, have been leaking too many runs in crunch matches.

• The defending champs are undoubtedly the number one contender for the trophy. The team balance will infuse a lot of confidence in the Aussie dressing room.
• Though they lost the last T20 series against England at home, they shouldn't read much into it as they have the upper hand against the Kiwis in ICC tournaments.
• Steve Smith is totally out of form. He might not even feature in the Playing XI.
• Their primary concern is that their top fast bowler Pat Cummins has been leaking runs in this format, especially at the death.
• Glenn Maxwell, too, has not fired with the bat in his recent outings. However, he will feature in the Playing XI because of his ability with the ball. They might also include Ashton Agar in this match because of the spin-friendly conditions.

All stats pertain to active players only. 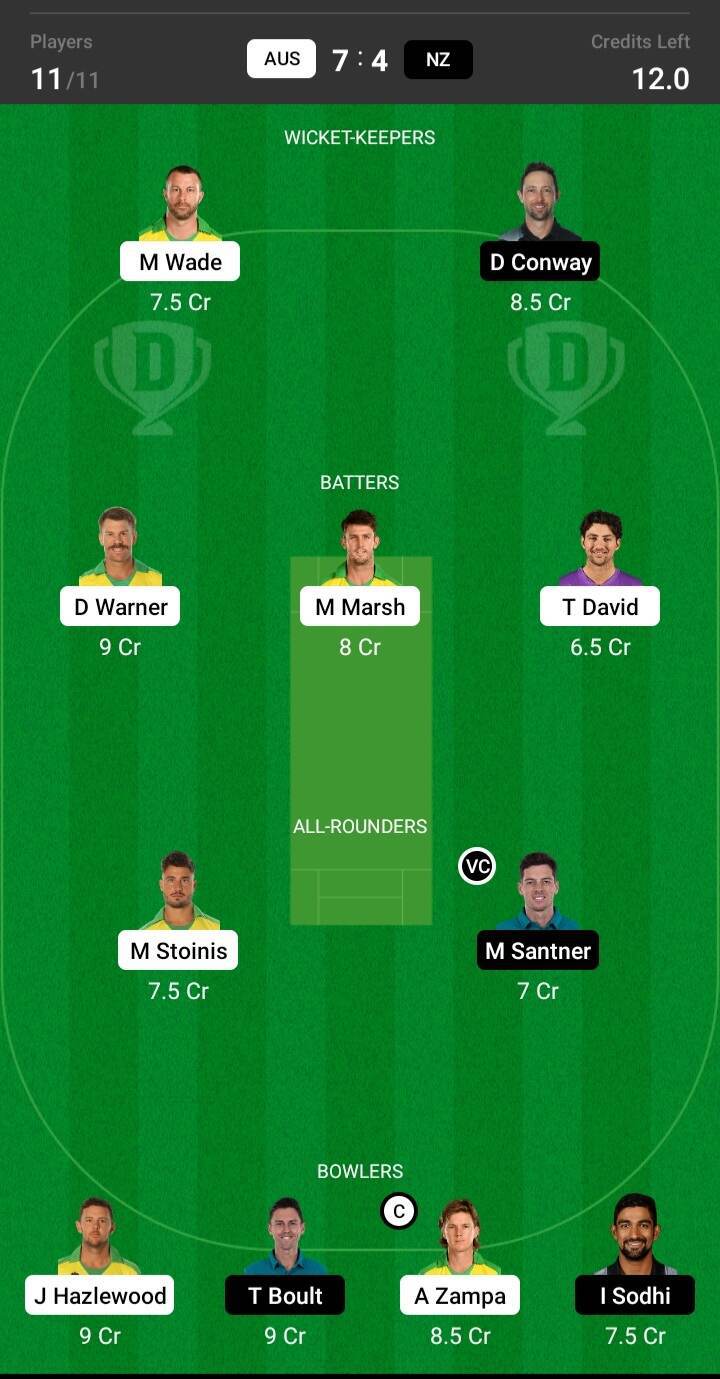